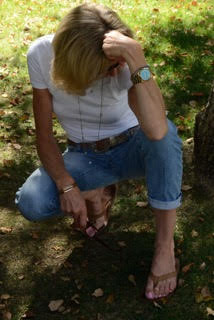 I never knew there is an actual disorder (diagnosed by experts) called “Decision Fatigue.” This term entered my vocabulary quite accidentally when I heard it used recently while in a business meeting with one of my friends, who happens to be a fairly big executive.  Anyway, we began chatting and she shared with me her frustration with a colleague who apparently spent too much time on making any decision.  She reasoned that his sense of logic had actually began to deteriorate!

The story played out as follows:  while in a fairly important meeting with the company’s head management, we were interrupted by an employee, who presented a rather mundane matter as if it were an incredibly urgent matter.  The question he presented was whether or not to staple a small grouping of papers together or use a paper clip. Although it may seem trite, the superior, probably burdened by many similar events, had a harsh response.  She then commented, “I am sick of your “Decision Fatigue!'”

Maybe it’s because I think too much, but I immediately began to research this statement.  It piqued my interest probably because as a writer I want to be a perfectionist. Sometimes, however, I let the concern of being perfect prevent me from making any decision and my words get stifled. After all, if I cannot be clear and explain myself to others, I fear it is some reflection that maybe I don’t understand myself.

Much to my relief, this doesn’t only affect writers, it affects all of us. The experts feel that one inadvertently begins to search for short cuts to solve problems which causes reckless and impulsive decisions.  It is part of our just GET IT DONE mentality! The other extreme, is those that cannot do anything until a problem, which could have been solved logically, becomes overwhelming and unfixable. So how does one navigate this chasm between impulse and lethargy?

Compounding this dilemma further, I found that “Decision Fatigue” also comes with or from what is known as “Ego Depletion,” (New York Times).  This statement frightened me the most. By suffering from this Decision Fatigue, we lose our ability to know our true course, that place within your being that assures you that you are on the right track and able to navigate your life goals to fit your own needs. Wow, such drastic consequences flowing from such a trivial act as not knowing whether to use a staple or paper clip.

So, is there a cure for this new ailment?  We know choices give us a freedom, but how do we set our own clocks to be able to focus clearly?

Let’s brainstorm together.  At least, becoming aware of new behaviors and defining them within ourselves and others is a way for us to grow. So, next time you ponder too long or give up on fixing the unsolvable, be careful to not fall into Decision Fatigue and suffer from Ego Depletion. Just a couple more psychological offerings to contemplate and now worry about… Great!