The Steam Coming Out Of My Ears! 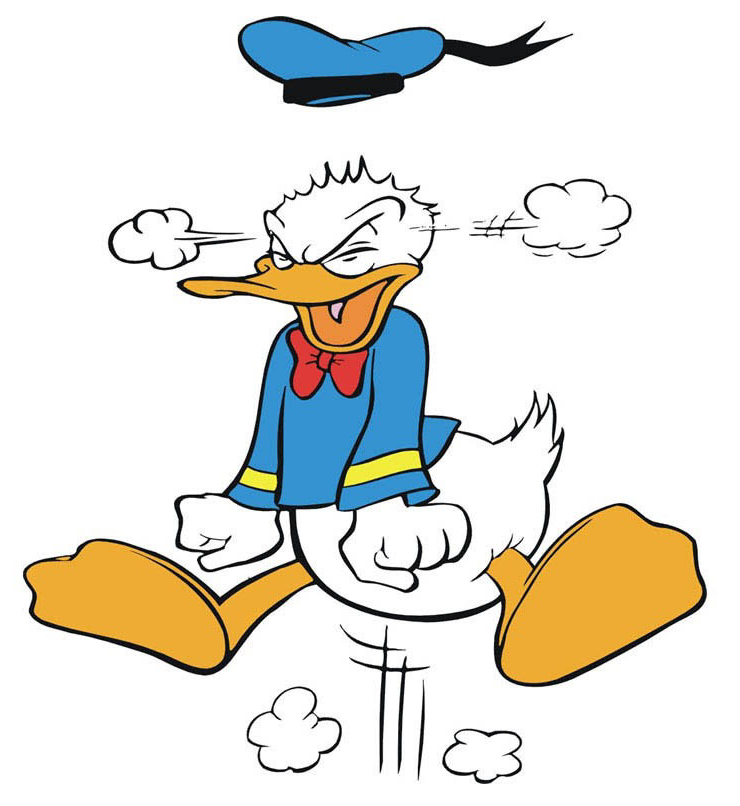 I think back to my days as a young girl when on Saturday mornings me and my brother would sit in front of the television watching cartoons while eating Frosted Flakes straight from the box. What I really remember best from those old-time cartoons is how anger and frustration were depicted by steam flowing from someone’s ears. It is amazing how the artists who came up with those expressions of human emotion were able to capture a thousand feelings in a simple few cells of cartoon drawings. If you close your eyes, you can see Popeye the Sailor Man, who would burst with anger and frustration as he covered his face, and then proceeded to solve the anger issue that was in his way. Even Mickey Mouse and Donald Duck expressed their frustration with the pouring of puffs of steam blowing from their ears. So, I can’t help but wonder, wouldn’t it be nice if real day problems and our daily frustration and anger could be released by blowing steam from our very own ears, freeing ourselves of the emotional baggage that comes along with such feelings.

“Blowing off some steam” is the phrase that captures in words what the cartoonist so artfully depicted. What causes me to comment upon this at this time is all the anger and strife we each see in our own lives and in the world. I wonder what would happen if we all blew off a little steam before we engaged in a problem that makes us angry or frustrated. What would happen if world leaders had to “blow” steam from their ears before they made the decision to go to war (or ban people from coming into our country)?

It all makes sense if you think about it because steam is hot and the old phrase “let cooler heads prevail” is the condition one has after releasing the steam. Crazy how such complex emotional concepts arise from a simple cartoon.

There is much can be learned when we search for ways to avoid conflict within ourselves, with others and with the world at large. So, if you see any steam coming out of my ears, know it’s me and not Popeye and I’m just gonna take a few minutes to “cool my head” so I can be ready to tackle the next big issue, whatever that may be!